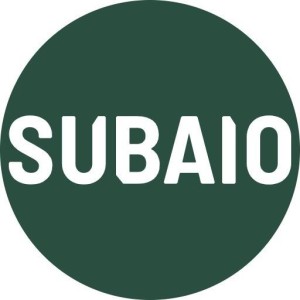 Cut down on costs, generate revenue and get even more happy customers. Those are some of the reasons for ABN AMRO launching Subaio’s subscription management feature in their Grip app.

ABN AMRO is among the three biggest banks in The Netherlands, and Subaio’s CEO, Thomas Laursen, is proud to be the first white label subscription management feature for banks that is live in the Dutch market.

“We are absolutely thrilled to be live in The Netherlands. We couldn’t have asked for a better partner than ABN AMRO. This is truly an innovative bank partner with a razor-sharp focus on customer needs,” he says.

ABN AMRO’s focus on both innovation and customers is highly visible in the Grip app. The app’s purpose is to give the users a convenient way to see what they spend by categorizing both the incoming- and outgoing payments. The new subscription management feature will give the users an overview of all their recurring payments. All in one place. The feature furthermore lets users cancel subscriptions straight from the interface and alerts them about any changes.

“Thanks to the technology Subaio has developed, our customers can keep their finances under control in a better way. Subscriptions that you don’t use are an unnecessary waste of money. Grip now helps you to cut back on that waste,” says Roland Booijen.

The Grip app is not only for ABN AMRO customers. The product covers a huge part of the Dutch market with its more than 17 million citizens as customers from banks like ING, Rabobank, ASN Bank, SNS, RegioBank and Bunq can also use the app for their current accounts.

“Since the launch we’ve already seen tens of thousands of Grip users coming in to see their overview and also cancel subscriptions. It’s fantastic to help people get control of their subscriptions,” says Thomas Laursen.

Subaio detects the recurring payments by crunching the user’s transactions. The algorithm basically looks for patterns. This can be patterns made by frequency, amount, merchant name and much more. When the patterns are detected with a group of users the algorithm applies it to the other users and so the algorithm constantly learns and gets better.

Subaio’s service is built on numerous European Directives. Among these the European Union Consumer Rights Directive and Unfair Commercial Practices Directive. These directives make the solution highly scalable within the European Union as it makes it possible to make a unified cancellation process that makes it easy for the users to get out of unwanted subscriptions. It also protects users against subscription traps. Subaio is thus working together with the local consumer protection agencies to protect the users even more.

ABN AMRO is Subaio’s seventh bank partnership that is live on the market. Subaio’s first bank partnership was launched with the biggest bank in the Nordics, Nordea, in November 2018 and since then numerous other banks in several markets have joined the club. Among others challenger bank Lunar. Subaio’s huge experience in the market is also shown in that the Danish company has crunched more than five billion transactions. This has shown that the average user has eight different subscriptions, and that the users are saving 213 euro every time they use Subaio’s solution to cancel a subscription.